So, after much anticipation and popular demand I have finally created my first blog. Hopefully over time I'll be able to post my sketches and work that I wasn't able to show before.When I get a new scanner you can expect this blog to fill up real quick!

To start off I'm going to show everyone the work I did for a band called Autumn Sun, from South Africa of all places. I was commisioned to do an album cover, but unfortunately I had a very limited deadline. They wanted me to draw a scarecrow character with a steampunk look. 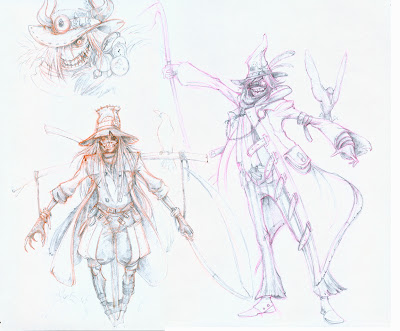 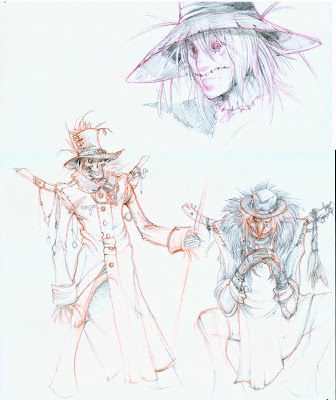 I started off with some sketches to decide the look of the character. These kinds of drawings are my favourite part of the process because I can just let my pencil wander and come up with interesting designs. 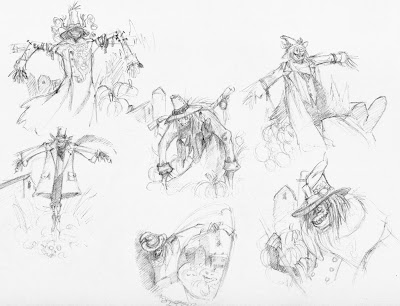 Next I did some more rough sketches to work out design and posing.

I sent these ideas to the band for confirmation, but while they did like them, they were keen to use a previous design of mine I had done. 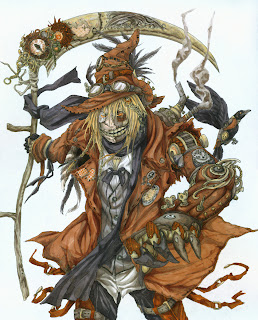 So I agreed to this and did some thumbnails to work out the composition. I don't consider myself very good at coming up with interesting compositions so this stage was pretty tough. The band were keen on the one on the bottom left and that's the one I ended up developing for the final image.
Unfortunately I never scanned in any development stages of the image, so I give you the final cover (this was done in a day and half, remember that!). 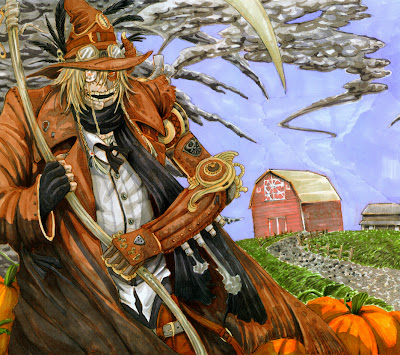 For a short deadline I think I did pretty well, and the guys were satisfied with it too, so I've heard.
Hope you guys like it and look forward to more!
Posted by Eoghan Kerrigan at 12:37 AM 1 comment: